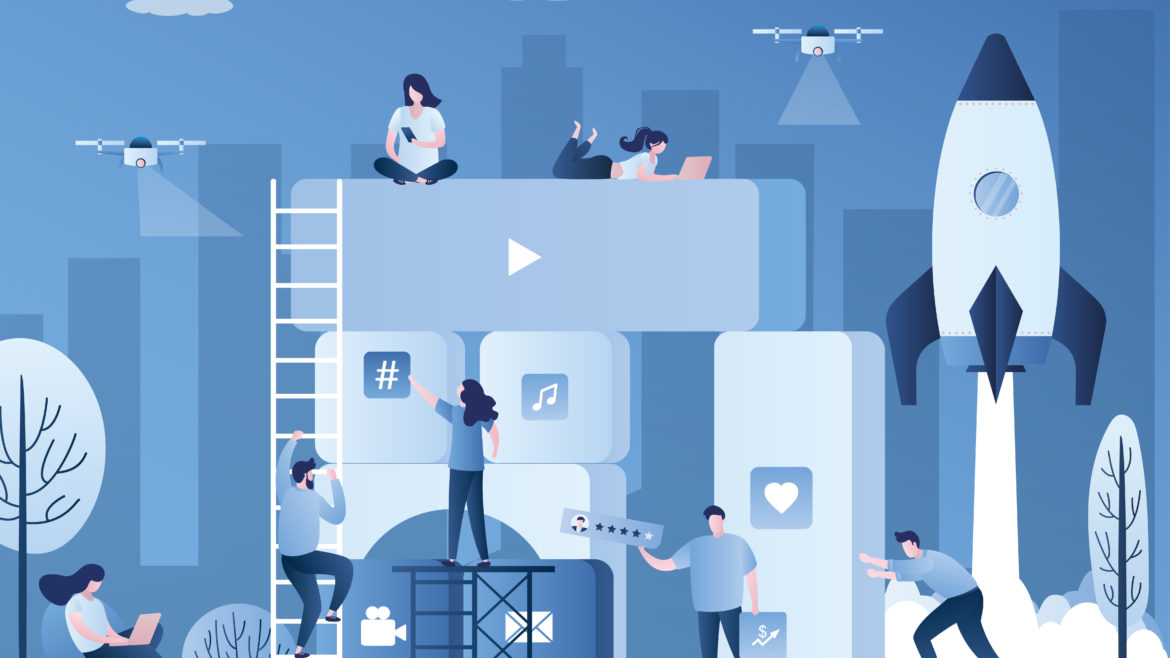 How QA can help with a software release schedule!

Releasing software on time has always been an arduous and stressful process; a myriad of requirements to keep in mind, deadlines to deliver by, as well as industry and user standards to meet. This has not become any easier since the outbreak of the COVID-19 pandemic. If anything, the whole flow of release became more complex and challenging to manage. Besides the pressure that the necessity of transitioning to remote work has placed on employers and employees alike, specific processes became disjointed. With colleagues cut off from each other physically, the release of functioning software on time has become a whole new challenge.

Business leaders and technology officers alike feel that times have changed considerably, and the timelines that worked pre-pandemic are just not viable anymore. But how can QA help developers in keeping release on track – even in these trying times?

How to carry on in the wake of the pandemic?

Everyone involved in software development – from junior developers to CTOs – are feeling the extra responsibilities that came with the transformative changes in work. However, to stay in business by releasing high-quality, reliable, and defect-free software solutions, the same old techniques and coping mechanisms just won’t cut it anymore.

When to have the code freeze, when to send parts of the software – or the full product – over to QA? Will QA have enough time to test all features and functions? Questions like these have always defined the latter phases of the development cycle. However, for many organizations, the shift from their base of operations (office) to having every colleague work remotely is throwing many unknowns into the mix: how productive they are from home? Can they cooperate reasonably over video calls and chat? How do we get QA testers with access to the devices we want our product tested on?

Development challenges have multiplied over a single year. Development companies are slowly adapting, even if they weren’t ready for this a year ago. Bear Grylls’ legendary quote has seemingly helped many of these organizations pick up the pieces: “Improvise. Adapt. Overcome“. Keeping an innovation-focused mentality and being open to trying new solutions are vital to success these days.

Surviving something is not a strategy!

We often bring this phrase up during presentations. And it’s now more relevant than ever.

Adapting to pull through the pandemic’s hardships is not enough if we want our organization to succeed long-term. It’s more beneficial to seize the opportunities presented and look ahead into the future. Despite the potential setbacks suffered, the pandemic itself offers an unexampled time to embrace those organizational and technological changes that take a company to the next level.

A positive example: the way DevOps teams operate has already changed because of accelerating development processes – even before the pandemic.

But can we say the same about QA? Did it pick up the pace?

On the contrary, it got left behind, unfortunately. We can only imagine that this gap has only increased since.

With QA lagging, we are bound to encounter a series of new issues. For instance, development and engineering teams get dragged into testing, too; instead of focusing on their tasks, budgets become desynchronized with development. Ultimately, users receive bug-ridden apps that crash all the time.

Having QA maintain the pace was already a significant issue, with severe consequences. But now, with all teams secluded in their home offices and resources stretched thin, the situation is probably exacerbated for many organizations. In such cases, the problem comes down to picking the lesser evil to make progress: focus on quality only, effectively slowing down the release process significantly or deploy faster with less testing, knowing full well that there would be more bugs and crashes in the released software?

In the end, choosing either of these lesser evils can lead to a catastrophic release that cascades into a series of business losses, tarnished reputation, and decreasing revenue. The main target should still deliver a product that meets the highest standards, provides a terrific customer experience, and increases revenue. That would be a real business strategy and not just a haphazard plan for survival.

If you are still considering making sacrifices – especially by pushing for a quicker release by letting go of testing – consider this: users exposed to a buggy mess of an app will likely spread the word of the dissatisfaction about the software’s failures over the internet. What’s worse, those who don’t complain loudly will delete the app and take their business elsewhere. These people are the silent majority; research by Estaban Kolsky pointed out that 91% of customers who are unhappy with software leave are unlikely ever to return.

Reinforce your business strategy with a commitment to delivering outstanding customer experiences to your users. It will strengthen their loyalty towards your brand. That, however, can only be done if the software goes through professional QA before release.

There is no doubt that software delivery has slowed down since the beginning of the pandemic.

Even before COVID-19, issues that seemed small enough could cascade to discover a massive flaw in the design that pushed out a release by weeks or months. But today, these regular occurrences are exacerbated by a variety of new problems.

Such causes are varied: arising challenges with the shift to remote, accessing secure resources and servers from home becoming more complicated, reduced resources, more flexible work shifts, more chaos in communication, cooperation, and availability. Just one of these issues can disrupt and lengthen a release schedule, let alone a combination of them.

And the consequence of software releases slowing down will usually manifest in the form of a competitor or competitors making way and leaving you behind.

Fortunately, there are several excellent solutions to deal with delays, ensuring that the software is released defect-free on time.

When delays are inevitable

What are the most common causes for delays?

Lack of workforce (sickness, holidays, or there aren’t enough people to complete the tasks on time) and lack of resources (budget cuts, shortage of tools, etc.).

And more often than not, these shortages and restrictions affect QA teams the most, with the consequences usually incorporating a delay in a release as well.

Even if QA suffered no cuts and can operate at full capacity, they will still feel the crunch themselves if one or two developers are out sick. As development will be under pressure to deliver by the deadline, they will compromise along the way. They will probably be less focused on whether the code they write is as good as it should be and more committed to delivering on time.

Once they are done, they pass the torch to internal QA. Given the rush that dictated the final leg of development, the chances are that the software will still be quite buggy – or at least a lot more bugs are infecting it than under normal circumstances. The whole testing process will take more time, as a professional QA team is 100% committed to hunting down every bug and crash-inducing issue they find.

Delays like these are expected but less than optimal. Especially when we consider that finger-pointing ensues, it’s QA that usually takes the blame for the delay, unjustly so.

But what if there was a way to avoid such delays?

Picking up the pace

The easiest way to ensure that your teams can perform typically and not be under constant crunch and pressure is to boost your testing capacity. We have written about this in a previous blog post, but what it means is that the more testers you have, the more the software gets tested, the more bugs are rooted out, and the better the finished product will be – along with a smoother release and fewer immediate hotfixes needed. The advantage is doubled if you don’t have an in-house team and your developers have been doing testing as well.

The solution comes in adding the workforce, device arsenal, and years of professional testers expertise to your capacities. A dedicated QA team enters the fray and begins testing your software immediately. Their goal is to ensure that not only the release but the entire development phase becomes smoother and better managed with fewer and fewer bugs to deal with each iteration.

Outsourcing to a professional group of testers will give you all the edge; a chance to relieve your teams by easing their burdens, the ability to ensure the delivery of a high-quality app to your customers while sparing you the extra work and costs that come with recruiting.

The case for outsourced solutions: better synergy with remote work

In our previous blog post, we talked about improving QA services. Among the objectives required to achieve that, we mentioned that increasing the number of QA testers is a great way. However, hiring new people (or building a full in-house QA team from scratch) is not always feasible nowadays. Bringing in a professional QA team from outside or seeking crowd testing services offer much better ROI.

And now, with the COVID-induced transformation of business and work, business leaders might feel somewhat concerned about the productivity of their teams, especially if team members are also expected to test their codes.

And this is where great synergy can arise by involving a QA team from outside the company. It takes a considerable burden off the shoulders of business leaders and developers alike, as the need for expanding an in-house QA team (or building one) vanishes. In contrast, developers are spared the extra load that testing would mean for them. They would no longer have to fuss about performing test iterations or having the right tools for the job because the full team of professional testers you brought aboard will deal with all that. As such, your developers can focus on what they do best, with reduced stress and increased productivity.

An additional advantage of bringing in a QA team is their unrestricted access to devices. Multi-device testing from home is anything but optimal.

With many testers and developers forced home, they no longer have full access to the platforms the software must be tested on. And even then, their stock of devices might not have been extensive enough either to get everyone fully equipped.

Professional QA services, on the other hand, have a much larger, much more extensive stock to begin with, and they can check-in and check out with the necessary devices whenever needed. Even the rare pieces are more readily available (or more easily acquired), ensuring that the software gets tested on as many devices as possible.

Involving a professional team of QA testers will relieve your development team and increase chances for a smooth release of a high-quality and defect-free digital product.

Even then, it’s better to accept the fact that some delays are still unavoidable, and you will encounter some, despite your teams’ best efforts.

However, by having a plan to deal with shortages of resources and capacities and a strategy that seizes opportunities even amidst hardships, you can reduce those delays to the bare minimum. Remember, the idea is not to survive but to emerge stronger and better altogether.

Choosing Blue Guava QA as a partner means having access to a group of professional testers with a decade-long experience, an arsenal of real devices, and a commitment to ensure the best possible release of your high-quality app on time.

We are ISO 27001 certified, ensuring that we work according to the highest security management systems’ highest possible standards.

Contact us, and let’s pick up the pace; our team will hunt down bugs and crashes while your developers can focus on building neat software solutions!